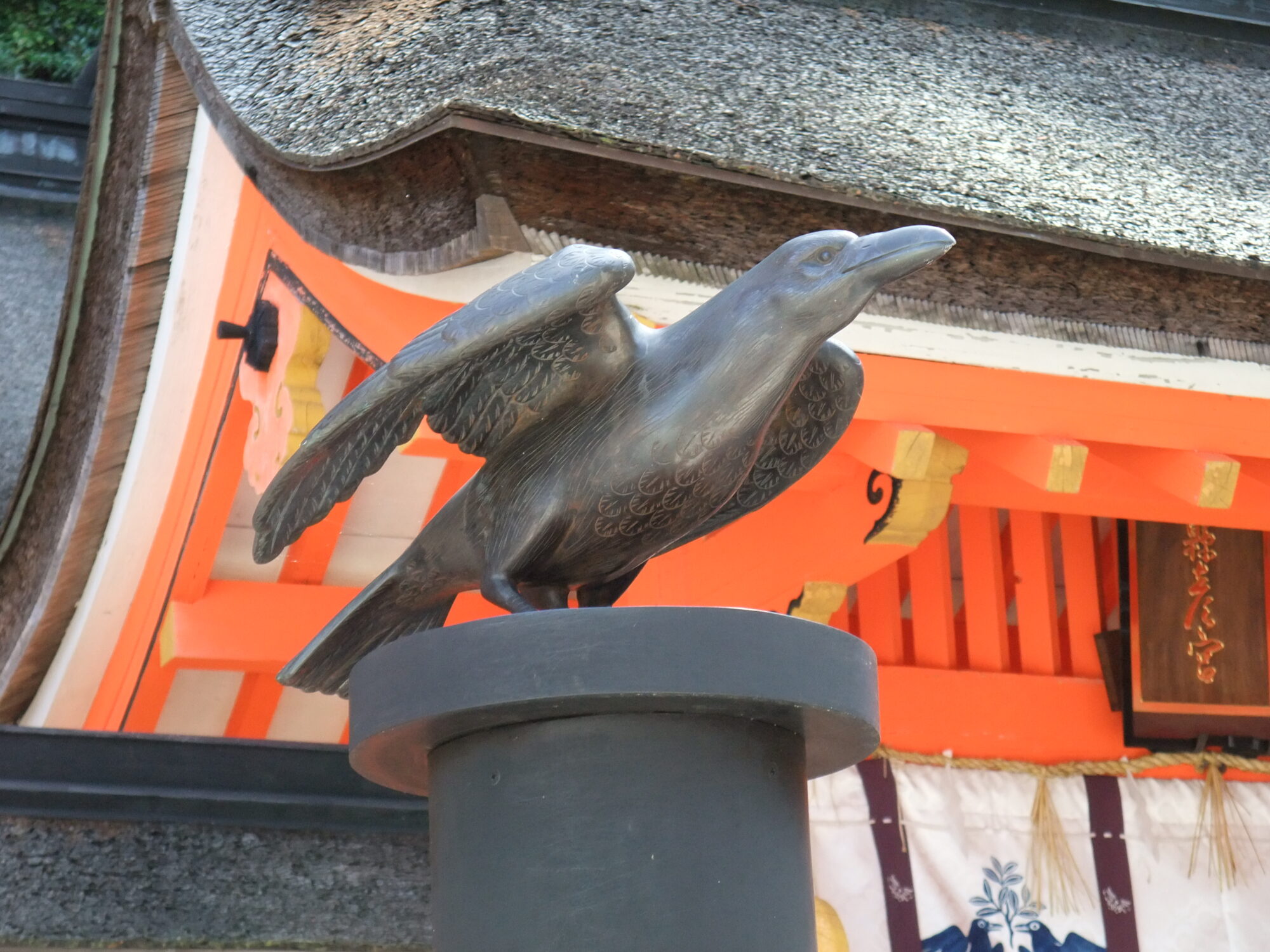 This is the statue of the Yatagarasu, a three-legged crow from Japanese myth. In the ancient Japanese chronicles Kojiki and Nihon shoki, the Yatagarasu appeared as servant of Amaterasu-no-Okami, the goddess of the sun. It was sent to guide the legendary first emperor Jimmu from Kumano to present-day Nara, where he founded the first national capital.

According to lefend, the Yatagarasu then returned here, to the site of Kumano Nachi Taisha Grand Shrine. The inner sanctum, which is not open to public, contains the Yatagarasu-ishi(Yatagarasu Stone), said to be the resting form of the Yatagarasu.

The Yatagarasu is both a deity of guidance and a servant of the Kumano deities, including Amaterasu-no-Okami. A subsidiary shrine called Miagatahiko-sha was erected on the grounds of Nachi Taisha to honor the resting place of the Yatagarasu. The current Miagatahiko-sha structure dates to 1867.

The Yatagarasu is also used in the logo of Japan’s national men’s and women’s soccer teams. This honors Katsuura-born Nakamura Kakunosuke(1878-1906), who first translated the rules of Association Football into Japanese and worked tirelessly to promote the sport in Japan.

recommended route for enjoy your trip