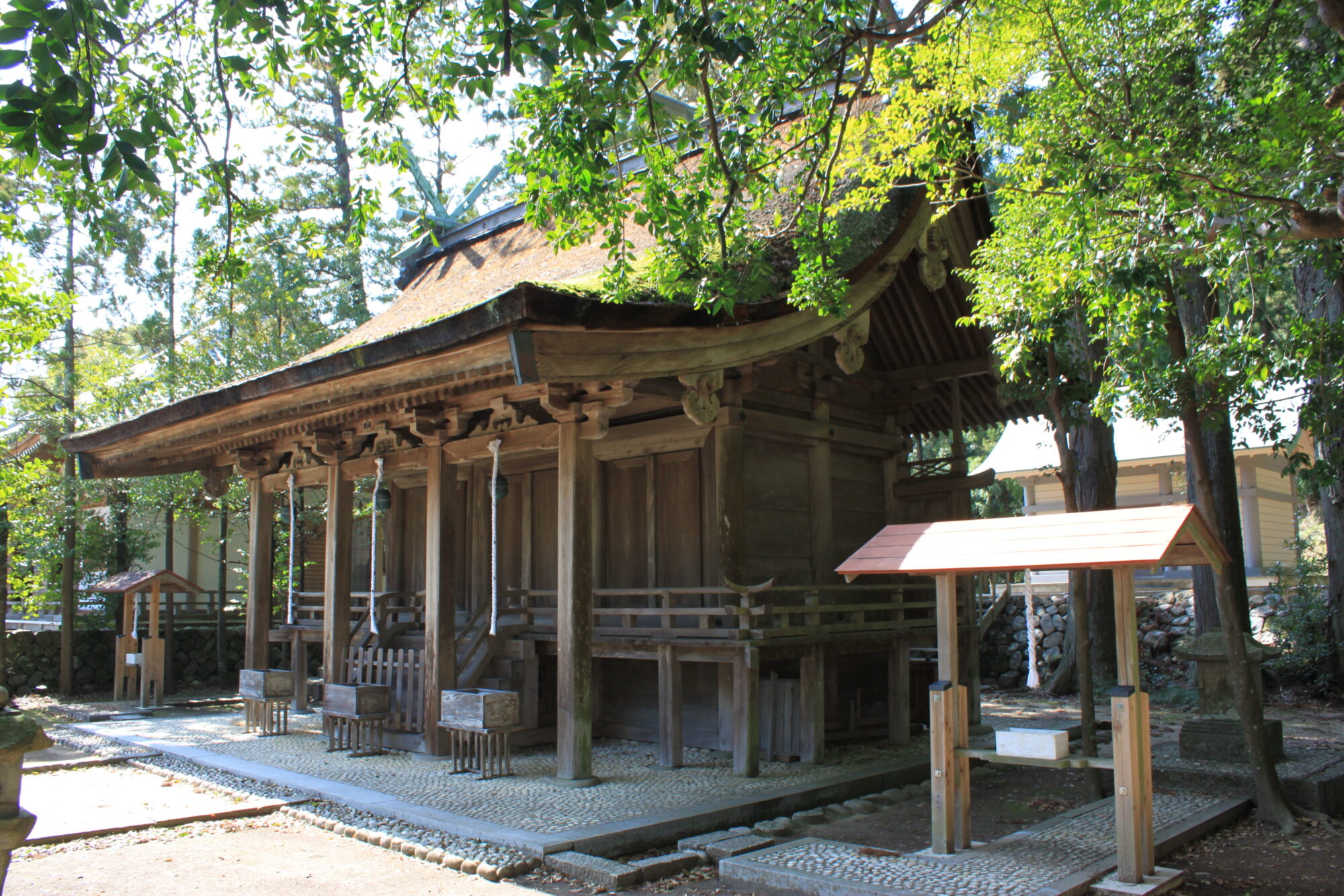 Hamanomiya-oji was a seaside oji that was originally part of neighboring Fudarakusan-ji Temple. In accounts of the Kumano pilgrimage, it is celebrated for its views of the beach and the open sea.

The grove of trees around the oji was known as Nagisa-no-Mori, or “Forest on the Shore.” It is partly preserved inside the modern shrine grounds.

In the late nineteenth century, Hamanomiya-oji was separated from the temple and renamed Kumano Sansho Omiya-yashiro Shrine. Its main sanctuary was most recently rebuilt in 1648 and is a designated National Important Cultural Property. It enshrines the three deities of Kumano: Ketsumiko-no-Okami, Miko-Hayatama-no-Okami, and Kumano Fusumi-no-Okami.

There are two auxiliary shrines, one on either side of the main sanctuary.

The one on the right enshrines Nishikitobe, a local chieftain said to have unsuccessfully tried to halt the legendary first emperor Jimmu’s advance upon his arrival at Kumano. The other enshrines a deity of food and rice production called Mike-tsu-Kami, or Sankoshin.

Oji were subsidiary shrines of the three Kumano grand shrines. They were located along the pilgrimage route, and while some were simple places of worship, others offered accommodation and even baths to weary pilgrims. They developed out of traveler’s shrines tended by ascetics in ancient times, and became independent shrines or simply fell into disuse early in the Meiji era(1868-1912)

recommended route for enjoy your trip